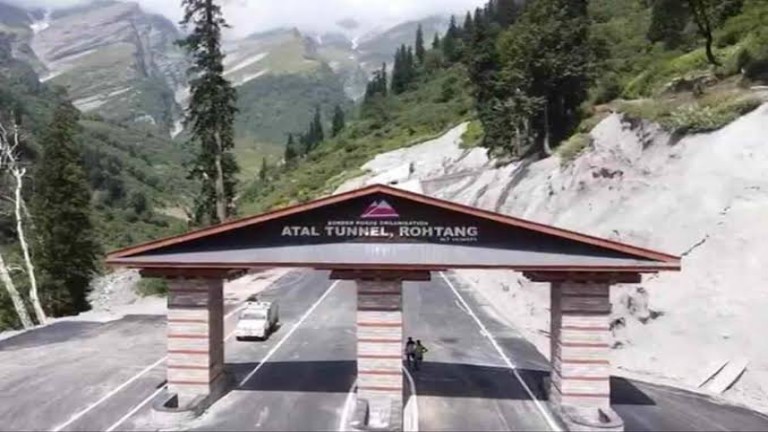 This tunnel is built by Border Roads Organisation (BRO) the 9.2-km tunnel is the world’s longest tunnel situated above an altitude of 3,060 metres & More then 10,000 feet.

Atal tunnel is a horseshoe-shaped, single tube double lane tunnel with a roadway of 8 meters. It has an overhead clearance of 5.525 meters. It is 10.5-metre wide and has a 3.6 x 2.25 meters fireproof emergency egress tunnel built into the main tunnel itself.

Atal Tunnel has designed for traffic density of 3,000 cars per day and 1,500 trucks per day with a max speed of 80 km per hour. Atal tunnel has been separate travel tunnel for the walking.

The tunnel is equipped with various security features such as CCTV cameras, telephone connections at every 150 metres for any emergency, fire hydrant mechanism at every 60 metres and auto incident detection system.

There are evacuation lighting and exit signs at every 25 metres and broadcasting system throughout the stretch. You can get BSNL mobile network in this Tunnel.