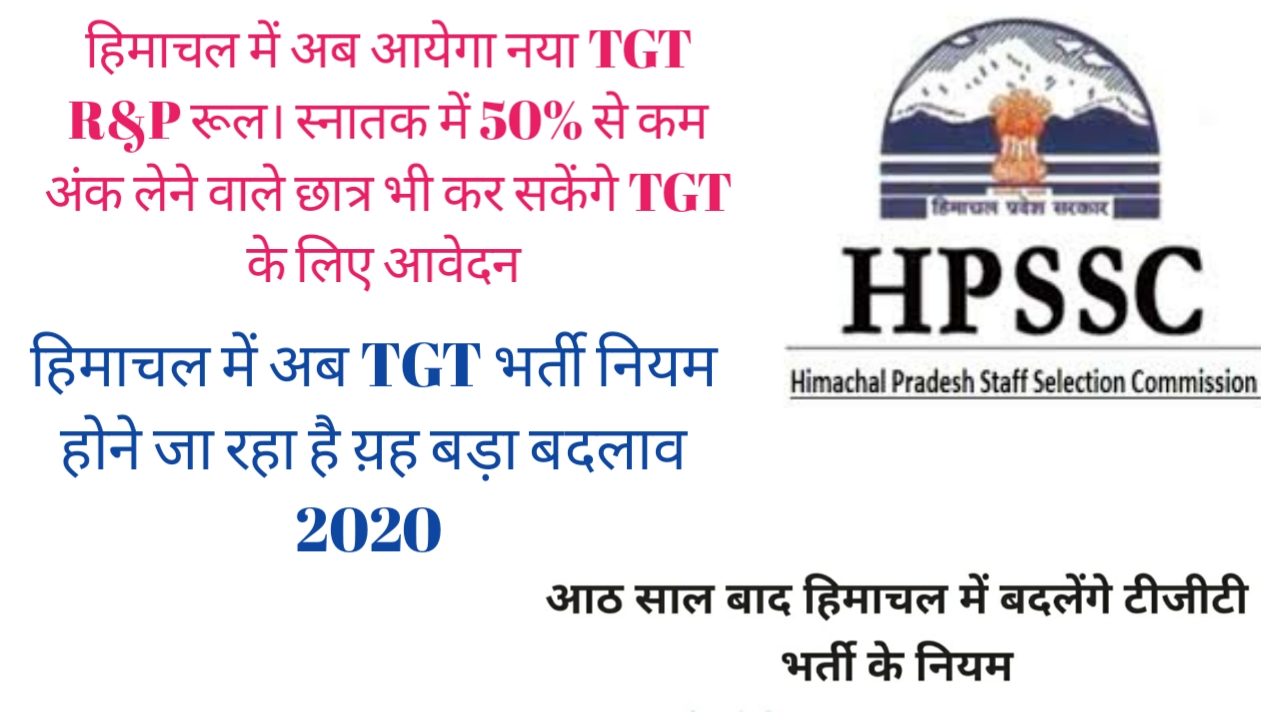 TGT R&P Recruitment & Promotion rules are being changed in Himachal Pradesh after eight years. Apart from under graduation, now those who get 50% marks in post graduation will also be eligible for recruitment of TGT. Now in graduation 50% Marks is not Compulsory for the TGT recruitment.

Under the current (Present) rules, only 50% marks in UG are included in the recruitment. The education department has sent this proposal to the Department of Personal before going to the cabinet.

Under the new rules, if a candidate has got 45 percent marks in undergraduate and fifty percent marks in post graduation, then that candidate can also appear in the examination. This change being made by the government will allow thousands of students to participate in TGT recruitment examination. There will be no change in the other rules fixed for TGT recruitment. TET passing and TET is Mandatory.